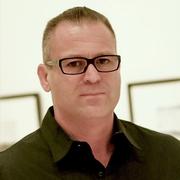 Jason is a law enforcement veteran with more than 20 years of experience combined in law enforcement and security services. Jason started his career working as a Deputy Sheriff before moving over to a local municipal Police Department. The list below shows the variety of assignments and positions he has held in Law Enforcement.

Patrol: Jason spent years working as a patrol officer, gaining experience in all types of street related crimes. During this time period he excelled in making street level drug arrests. As a result Jason was selected to be trained as a Drug Recognition Expert (D.R.E.). Jason graduated and was the first officer within his department to be trained and certified as a D.R.E., Jason put his skills to work and subsequently made hundreds of arrests for various drug related offenses.

Field Training Officer: Jason was asked by his patrol sergeant if he was interested in becoming an (F.T.O.), He accepted and was sent to F.T.O. School taught by Torrance Police Department. Jason went on to train numerous young officers about patrol, officer safety and numerous other skills needed to succeed and survive as a police officer.

Gang Enforcement Officer: Jason was selected to work an assignment targeting street gangs. It was during this assignment that numerous arrests were made for illegal weapons, firearms, robbery, assault with a deadly weapon and many other crimes.

Investigator: Jason was selected and assigned to the department's Major Crimes Unit where he worked as an investigator. The unit was assigned to investigate Gang crimes, Drug Sales, Robbery and Homicide. During this assignment he took the lead on numerous investigations and authored over 100 search warrants related to a variety of investigations.

SWAT: Jason spent more than five years assigned to the departments special weapons & tactics unit, often referred to as a SWAT Team or the Special Enforcement Team. Jason did well in this assignment and became a supervisor in the unit as well as becoming the team leader and taking up the position as the point man on the unit. During this period Jason was tasked with numerous High Risk Entries and arresting extremely violent individuals. During this time period Jason became an expert in the use of a wide variety of firearms, including pistol, shotgun, patrol carbine and sub-machine gun. During his time on SWAT his primary weapon was an short barreled AR-15 sub-machine gun.

Firearms Instructor: Jason was selected to serve on the department's Range staff as a Rangemaster and Firearms Instructor. Jason was sent to his first Firearms Instructor Certification course in 2000. He selected the instructor course put on by the San Bernardino County Sheriff's Department due to its reputation as one of the best schools.  Jason completed the training course and became a P.O.S.T. Certified Firearms Instructor. Jason taught pistol, shotgun and carbine along with use of deadly force, officer safety and tactical training.  During this time he was responsible for maintaining the departments  strict qualification standards. As a result of his law enforcement and firearms experience Jason has been called upon to testify in State Superior Court as a firearms expert.

In addition to the above Jason started learning Brazilian Jiu Jitsu in 1999/2000. Jason rose through the ranks and reached the rank of Blackbelt.  Jason began competing in martial arts and has won numerous competitions including world titles. Jason received his blackbelt from his Master Rafael Cordeiro at the well known Kings MMA located in Huntington Beach, CA.